Throughout the month of June, our Project Manager Sam is taking on the #PlasticChallenge. Devised by the Marine Conservation Society (MCS) to raise awareness of and reduce the amount of plastic entering the marine environment, the aim of the challenge is to live for a whole month without using any single-use plastics. For more information on the challenge and how you can take part or raise money for MCS, visit their website here. In addition to following Sam’s progress, you can also find out how other people are getting on and share tips on Facebook and Twitter. 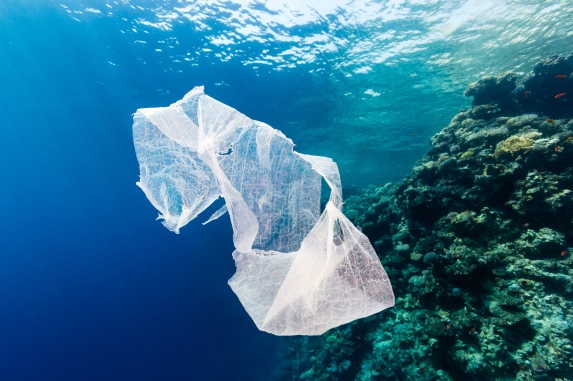 As a passionate advocate for sustainable living – and employee of a charity that aims to tackle climate change – I like to think that I have taken many reasonable steps to reducing my impact on the environment. Following years of tweaks to my diet and lifestyle, as well as more recent efforts to boost the biodiversity of my garden and participation in wider wildlife conservation projects, I have now reached a point where I feel that I cannot reduce my ecological footprint without adopting more extreme changes. For this reason I have been mulling over ideas for a while, without anything truly grabbing my attention.

The decision to opt-in to the challenge was very last minute, and as I woke on June 1st I realised that my lack of preparation and research was going to make the first few days a steep learning curve. Sure enough, simply making a morning brew proved to be a conundrum. I take my tea white, and so for this reason I’d already investigated where to source milk that isn’t stored in plastic bottles. This was surprisingly easy – there are numerous online resources with information on how to find a local milk delivery (I used Milk&More), and sure enough, having ordered a couple of pints the day before, I woke to find the bottles waiting outside.

Smug from having overcome my first obstacle, I made the most of a mid-morning tea break at work to browse the Tip Swap on MCS’ website and gain advice from other participants. This was a bad idea. The first line of the first question posted on the forum started: “So if all the ‘big brand’ teabags contain plastic micromesh…” before going on to ask for advice on buying loose leaf tea. It was only 11:07, on the first day of the challenge, and this sentence suggested that I had already failed the challenge. I had to delve into this further, and sure enough discovered that only 70-80% of a standard large brand tea bag is biodegradable, with heat-resistant polypropylene embedded within the mesh. After getting over the initial frustration of finding out that I had managed to avoid single-use plastics for the frankly embarrassing duration of a mere four waking hours, I realised that if I was going to do the challenge justice, I was going to have to question and think about every single thing that I use. This was going to be exhausting.

I managed to last for the rest of the day without (knowingly) breaking the rules again – avoiding cups of tea, and eating a home-made lunch of non-plastic-wrapped vegetable and egg salad. I even managed to avoid a craving for a chocolate bar as I couldn’t at the time think of any suitable plastic-free ideas (a friend has since suggested that a Crème Egg is wrapped in metal foil, so may be a contender for future hunger pangs!).

I was reflecting on a reasonably successful and thought-provoking first day, when I suddenly realised that I had unwittingly had another indiscretion earlier in the afternoon. After a bout of sneezing and puffy eyes, I’d searched for a box of hay fever tablets and popped one into my mouth without thinking anything of it. It was only later in the evening that I’d realised I had popped the tablet from a plastic and aluminium foil blister pack, demonstrating just how easy it is to unconsciously use single-use plastics whilst performing routine, everyday tasks.

So after one day I had unwittingly failed to avoid single-use plastics on two separate occasions. My teabag faux pas had shown just how pervasive plastic is, being used in products that seemingly have no obvious need or sign of their inclusion, but it also made me determined to persevere and discover other ways to reduce my reliance on single-use plastic.

In my next blog, I’ll discuss the difficulties of obtaining plastic-free toiletries, supermarket shopping (including sourcing a supply of much needed plastic-free tea), and how to attend social events without failing the challenge or coming across as a preachy, Birkenstock wearing bore.